The First Ever Electric Car Was Invented … 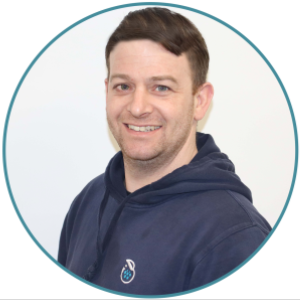 The First Ever Electric Car Was Invented in 1837! Robert Anderson, a Scottish inventor, invented the first ever electric car, which had the ability to run off a single charge.

Gatson Plante built on the concept 20 years later, producing the first vehicle to have a re-chargeable battery.

Three others who are also credited with building the first electric car, depending upon the source, include Professor Sibrandus Stratingh of Groningen, Holland, Christopher Becker, and Hungarian inventor Ányos Jedlik.

And in 1881, fellow Frenchman Camille Faure improved upon this rechargeable lead-acid battery design that would secure the electric vehicle as a means of locomotion throughout Europe. In 1884, British inventor Thomas Parker, claimed to have created an electric car.

In 1891, in Des Moines, IA, William Morrison built the first electric car with any success in the United States. In 1889, Thomas Edison built an electric vehicle using nickel-alkaline batteries.

In 1895, America’s first automobile race took place on Thanksgiving Day, sponsored by the Chicago Times-Herald. Six cars were entered in the race, four powered by gasoline and two by electricity. The electric cars were built by Morris and Salom of Philadelphia and Sturgis of Chicago.

In 1897, a the first electric cars to be used as taxis were built for fleet use in New York City by the Electric Carriage and Wagon Company of Philadelphia. In 1899, in Belgium an electric race car called the “La Jamais Contente” set a land-speed record of 68 mph. This first electric record-setting racecar was built by Camille Jénatzy.

By 1900, electric cars were commonplace making up 28-percent of the marketplace. In 1899, the first hybrid car running on gasoline and electricity was invented by Porsche. Gasoline cars, however, were already dominant by this point because of short refueling times and extended range.

And, the rest, as they say is history.

Do you own an electric vehicle?

If you own an electric vehicle then you could benefit from charging your car at home. We’re here to explain and to help you understand the language surrounding all things electric. The age of electric cars is well Electric vehicles are becoming increasingly popular in the auto industry, and they are projected to overtake internal combustion engine (ICE) vehicles soon.

The Best All Electric Vehicles of 2023